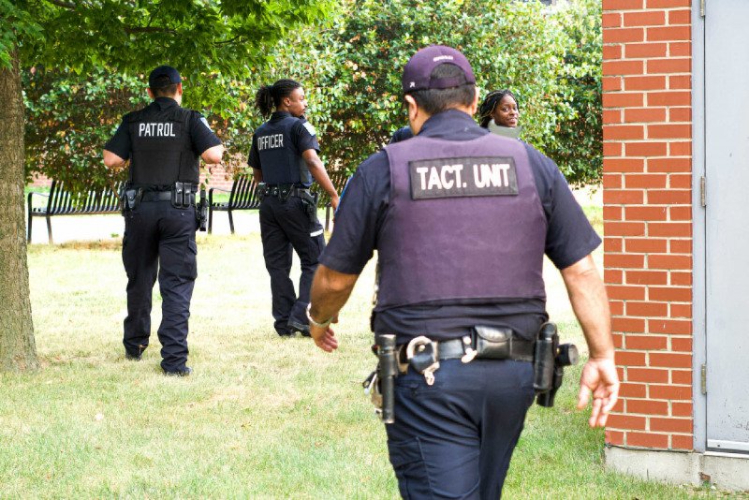 Like never before, building tenants and property managers face security threats that demand new safety measures. The COVID-19 pandemic, the protests, and unrest following the killing of George Floyd, and the summertime wave of looting that caught Chicago off guard have created a new reality. Domestic disruption is a volatile and unpredictable threat.

Violence, crime, and safety threats plagued urban areas well before these events. It’s clear today that prioritizing building security alone is no longer an option. In answering the call for enhanced security, property managers for multifamily housing units must embrace a second priority as well. With lives as well as assets on the line, the best decision for all is to embrace security unrivaled in its quality and professional tenor. Private security services employ multiple techniques to help property managers protect people and property.

Top-of-the-line apartment security means going above and beyond. There’s no way around this fact, as property crime statistics paint a dire picture with numbers near record highs. In 2019, there were roughly 7 million property crime offenses resulting in estimated losses of $15.8 billion, according to FBI figures.

The Complexity of Crime In Apartment Complexes

In Chicago, we approach apartment security by keeping a close eye on crime statistics through the city’s data portal, which is updated every seven days. As on Nov. 1, the highest crime areas included those with many multifamily housing and apartment complexes, including East Chatham (2,800 incidents in 2020), East Garfield Park (more than 2,300) and Parkway Gardens (more than 1,900). But some crime hotspots are in high-traffic commercial and mixed-use areas, such as south Grant Park just west of Michigan Avenue (1,107).

But the numbers cannot reveal the toll crime takes on residents’ feelings of wellbeing, such as when tenants are victims of robbery or assault. The simple presence of a doorman or camera system in an apartment complex is not enough to keep these people safe—and just as crucially, help them feel safe. But when put in its proper perspective and executed by a security company with a track record of excellence, private security services actually become a building amenity, a feature that attracts new tenants.

In working with multifamily housing we developed an Integrated Guarding system to address a number of serious issues, running the gamut from trespassing and potential property damage to domestic violence and gang shootings. This approach incorporated three distinct elements.

The results were dramatic—and speak for themselves. Our Integrated Guarding services resulted in a significant decrease in crime. There can be no doubt that the people who live in these apartment complexes and housing units feel safe thanks to AGB’s efforts.

A Professional Presence for Property Managers

How tenants perceive their own safety also depends on security services’ presence and professionalism. To the first point, we establish a presence of control in any dangerous area or at-risk apartment complex where a property management company calls on us. In terms of apartment security, an on-site presence sends a message: If you try to cause harm, you will be challenged.

And to the second, AGB officers receive far more training than the State of Illinois requires. AGB guards get drilled on taser training and how to properly use OC pepper spray. That way, they know every option for dealing with any given situation. We’ve also found it extremely beneficial to recruit security officers who work where they live. They find much more acceptance and less resistance from the people in the neighborhoods they patrol.

While the residents of Chicago and urban areas across the nation will hope for a more tranquil 2021, there are no guarantees. Even if things return to the relative calm of 2019, the economic distress caused by the pandemic and civil unrest created by police shootings will likely linger for months or even years to come.

Those things no one can control. But when a property management company makes the call to AGB, they’re doing everything within their power to secure their property, restore peace of mind to their residents and answer the anxieties of the present with an exceptional, reassuring presence.